The son of Nurlan Nigmatulin was detained - media 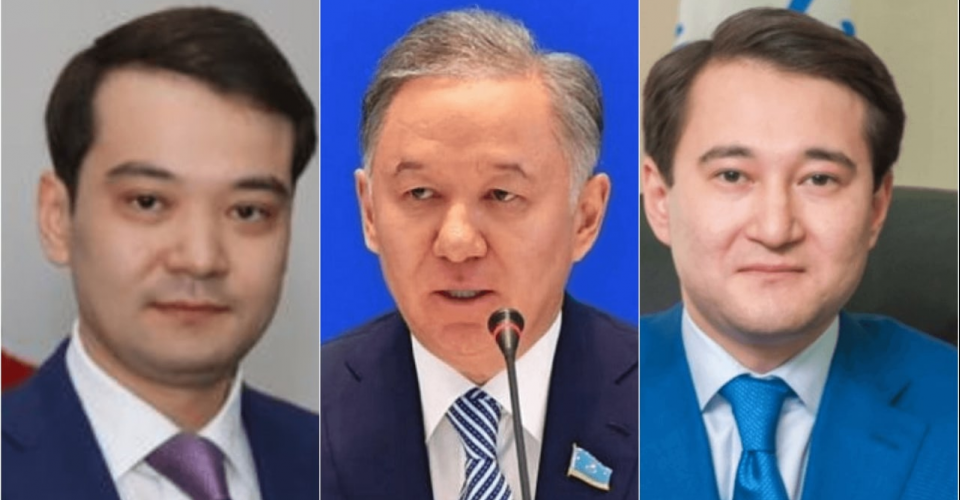 In Taraz, the employees of the central office of the National Security Committee detained Nurkhan Nurlanov, the son of ex-speaker of Majilis Nurlan Nigmatulin. This was reported by Orda.kz, the national portal "Adyrna" informed.

The circumstances surrounding the arrest of the ex-speaker's son are being determined.

P.S. Nurkhan Nurlanov, the director of the "Kazphosphate" plant, contacted the editors of Orda.kz and he said that he was at home in Taraz, his office was not searched, and he was not arrested. He said that he had deputies at an emergency meeting at the factory along with the representatives of the Emergency Situations Department and city and regional ex.com., and that he had "given instructions" and left the factory. Nurlanov and Igor Zavyalov, deputy chairman of the Kaz Chemicals board, refused to comment on the cause of emissions at the enterprise. "The commission is dealing with this issue. "An official press statement will be published after the causes of the emergency are determined."

Let's recall that there was an accident at the "Kazphosphate" plant in Taraz. This was reported in the regional administration. They noted a "slight increase in fluoride compounds" in the air.

"On July 11, at 8:30 p.m., an accident occurred at the factory of "Kazphosphate Mineral Fertilizers" LLP in Taraz. The Department of Ecology together with the city prosecutor's office set out to measure harmful substances at the border of the SKA. Increase of hydrogen fluoride by 2-3 times, no increase of ammonia, hydrogen sulfide, CO2 was detected. After that, the group headed to Shaikurik towards the city limits, as the wind was blowing in that direction. In Shaikruk, no excess of the norm was detected in all parameters. This situation is under the control of the group, the results of which will be reported later," the report noted.