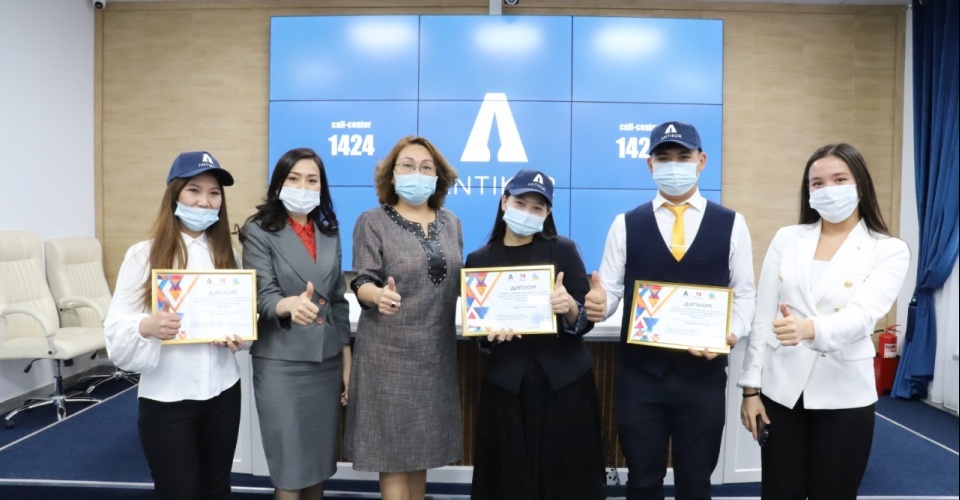 In honor of the International Anti-Corruption Day, Shymkent hosted a competition of projects for the formation of an anti-corruption culture in society among students. Within the framework of the 30th anniversary of our independence, the competition was organized on the initiative of the Department of the Anti-Corruption Agency of the Republic of Kazakhstan in Shymkent with the support of the city Department of Internal Policy and Youth Affairs.

The main goal is to form an anti-corruption culture among young people, to identify new mechanisms for combating corruption with the participation of young people.
During the competition, attention was paid to the effectiveness of the project idea, disclosure of content, project skills, novelty of ideas.
In order to award the winners, a meeting was organized on the square "Antikor ortalyǵy" and the best were determined.
Members of the club "Sanaly urpaq" of Auezov University took the first place among the universities. Members of the club "Sanaly urpaq" of Auezov University Akdariga Mukhaddas and Nazerke Aliaydarovna said that they were glad to participate in the project to prevent corruption.
"Today there are many projects, startup competitions, but all of them are business-oriented. And this project has given an impetus to the further development of our projects, which are designed to be honest, to do good, to encourage charity. We are glad to be among the best, and we are ready to continue to participate in projects to prevent corruption, "said the students.
In addition, the project of Ayan Orazbek, a student of the Road and Transport College, was awarded the first place among secondary special educational institutions.

Congratulations to the winners.