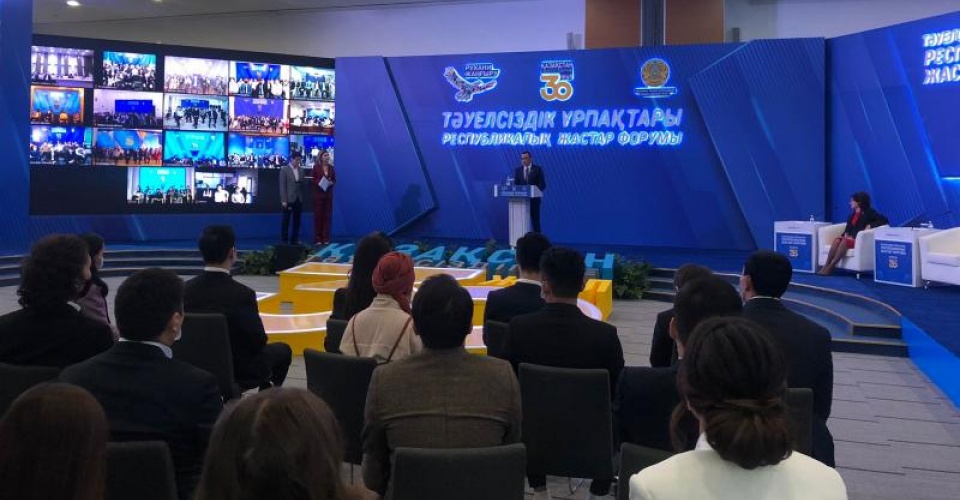 The chairman of the Senate of the Parliament, Maulen Ashimbayev, informed at the republican youth forum "Generations of Independence", the correspondent of "Adyrna" reports with reference to baq.kz.

This year is a sacred year for us. It is 30 years since our independence. This is an important milestone in reflecting on our past and determining our future direction. Now, in a few days, we will celebrate the Day of the First President. This day is a great holiday that has become a symbol of the country and freedom. Today we are gathering on the eve of such a great holiday, on the eve of a real historical moment, - said Ashimbayev.

According to the Speaker of the Senate, the 30th anniversary of independence was a milestone full of victories and achievements.

At that time, Kazakhstan was fully formed as an independent state. Thanks to the strategic policy of President Nursultan Nazarbayev, all pressing issues have been resolved. Our borders have been demarcated, our economy has been systematized. Our foreign policy is on a constructive path. For 30 years, many social programs have been successfully implemented, - said Maulen Ashimbayev.

The Speaker of the Senate said that a lot of work has been done to provide housing for the population.

Millions of square meters of housing have been built. In this direction, new programs were launched in Nur-Sultan, Almaty, Shymkent, and a number of young people received housing. In the last 3 years , 21 billions tenge have been allocated to provide housing for young people working in these three cities, - said Maulen Ashimbayev.