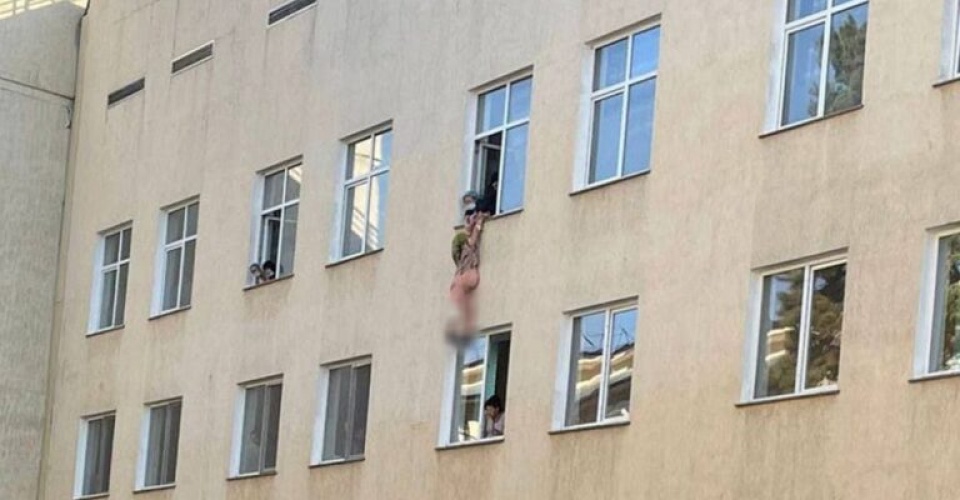 Doctors at the Kaskelen maternity hospital in Almaty region rescued a pregnant woman who tried to jump out of a window, the national portal Adyrna reports citing ulysmedia.kz.

The story of a woman who threw her children from the ninth floor and jumped after her in Almaty shocked the society. A few days ago, another woman committed suicide and jumped out of the window on the next door of the same house. According to confirmed information, he had a mental disorder and tried to commit suicide several times. According to neighbors, the woman was in her thirties and could not pay her debts.

Meanwhile, a woman in Kaskelen maternity hospital of Karasay district tried to jump out of the third floor window. Doctors managed to save the woman in time. Law enforcement agencies are currently investigating the cause of the accident.

A therapist at the city's clinical hospital says young women may have committed suicide because of daily domestic conflicts with their husbands or relatives.

"She had three children. The age difference between the children is very close. And he is only 28 years old. You know, even our nurses go to work as soon as they give birth. "Why?" When I ask, they say, "We have to work." There were times when relatives chased them away. We need money. Nevertheless, they often give birth. Because she gets benefits. One gets a refrigerator and the other a vacuum cleaner. She does not think that the suffering psyche needs to be restored after childbirth. This woman has also been depressed for a long time and has been affected by minor fights, ”said the doctor.