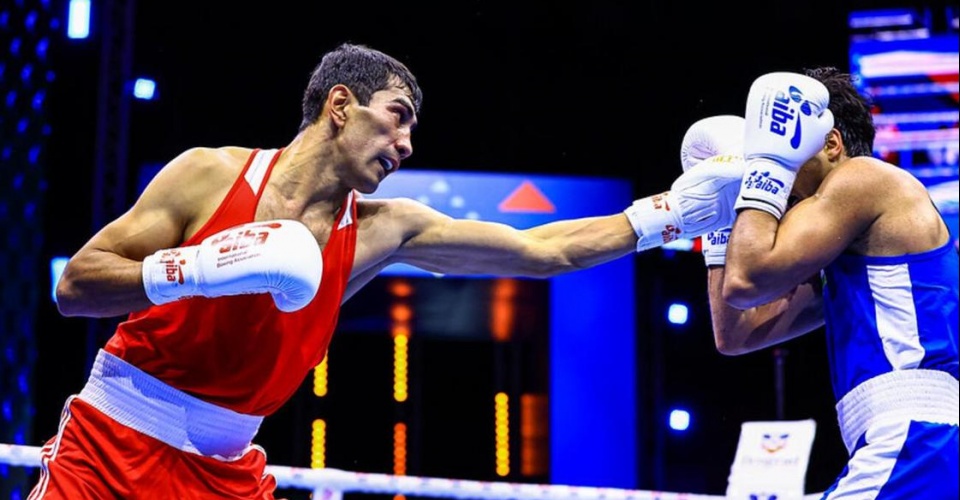 In the 1/8 round of the championship Shymbergenov met with the Caucasian boxer Magomed Shahidov, who  represented Germany. Aslanbek's advantage in the fight was obvious.

Following the results of two rounds, the judges awarded the victory to the Kazakhstani boxer.

At the end of the third round, Shahidov was shocked by Shymbergenov's devastating blow. After that, the referees immediately stopped the match and Aslanbek won ahead of schedule.