On May 26, 2022, a meeting on informatization of citizens was held in the ORC during the referendum 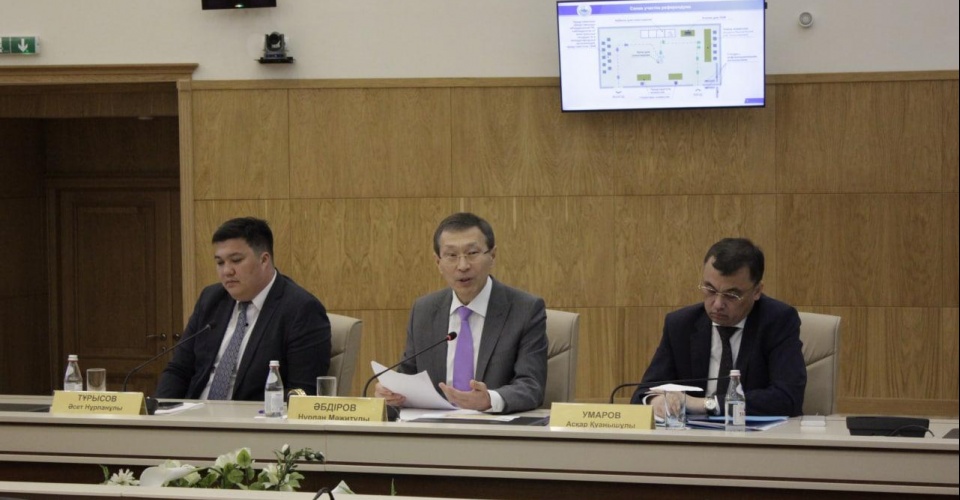 This year On May 26, the Central Referendum Commission chaired by Nurlan Abdirov held a meeting on informing citizens about the upcoming referendum offline and online.

The meeting was attended by the leadership of the Ministries of Digital Development, Innovation and Aerospace Industry, Information and Social Development, akimats, territorial commissions of all regions, as well as representatives of the media.

In his introductory remarks, Chairman of the Central Election Commission Nurlan Abdirov noted that in accordance with the Constitutional Law "On Referendum", the organization and conduct of referendums was carried out openly and publicly. The Central Referendum Commission keeps citizens informed about the preparations for the referendum.