The USA will support the return of offshore money to Kazakhstan 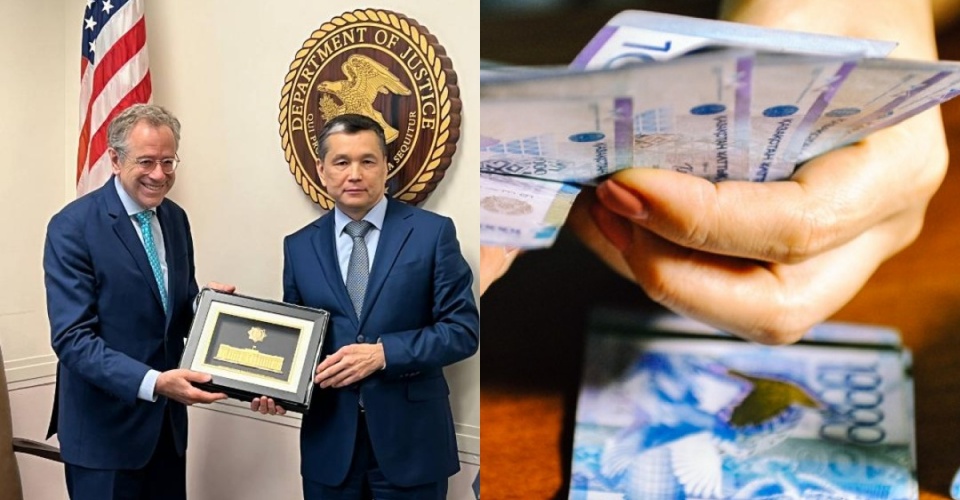 The parties discussed the issues of strengthening cooperation in specific criminal cases, submitting requests in electronic format, exchanging experience in the field of combating cybercrime, concluding agreements on extradition and extradition of convicted persons.

During the meeting, T.Tashimbaev told his American colleague that on June 5 this year, by the Decree of the Head of State, an interdepartmental commission on actions against illegal concentration of economic resources was established, one of its main goals is to return the funds illegally withdrawn from the country.

Representatives of the US Department of Justice assured that they are ready to support the search for criminal assets and their return from the US to Kazakhstan.

The parties agreed that effective fight against transnational organized crime and money laundering can be carried out only with joint efforts.

In addition, the delegation of Kazakhstan met with representatives of the World Bank "StAR Initiative" project.

Discussions were held with the World Bank to support Kazakhstan's efforts to return criminal assets exported abroad, including to offshore jurisdictions, and to hold trainings for prosecutors and investigators in the specified direction of cooperation.

Bank representatives supported these initiatives of the Kazakh side.

According to the results of the event, the parties expressed their satisfaction with the past dialogue and established joint steps for further cooperation.